We are experienced employment, commercial, and criminal New York attorneys with a passion for results.

We are dedicated to providing the highest quality legal services available. We treat every client's problem as if it were our own, and focus on achieving the best result possible. It is our goal that all of our clients will give us their highest personal recommendation.

We are experienced attorneys with a passion for results. Daniel Felber has significant experience handling complex employment, commercial and criminal defense litigation cases.

We practice law with integrity and honesty, and pride ourselves on leading our clients through the legal process as their zealous advocates, counselors and champions.

Since its inception, our firm has strived to enhance existing relationships and develop referrals from both client and colleague, alike, by capitalizing on the following four “key” attributes:

Ability to properly evaluate and aggressively prosecute or defend cases

Ability to innovate to succeed and win against great odds

We pride ourselves on negotiating and obtaining the greatest monetary packages for terminated employees or, failing that, to prosecute the employee’s claims before courts of law, arbitration panels, mediators or administrative agencies. We have found that after just one consultation, we can often identify serious violations of law that can lead to sizable damage settlements or awards for the terminated employee.

If you have a reason to think that your termination was wrongful then you should contact an attorney as soon as possible to discuss your rights and remedies.

In addition to the protection afforded by a broad array of federal, state, and city employment discrimination laws, as well as contractual guarantees, workplace tort laws also protect employees against wrongs of another kind, such as fraudulent inducement and defamation.

Under the Family and Medical Leave Act of 1993 (FMLA), qualified employees are entitled to take up to 12 weeks of unpaid, job-protected leave during any 12-month period for one or more qualifying reasons.

There are times when there is a valid business reason for a company to reduce its staff and when that occurs, it is a proper basis for discharging employees and unfortunately, on occasion, a great number of employees. This is called a Reduction in Force (RIF).

In addition to the protection afforded by a broad array of federal, state, and city employment discrimination laws, as well as contractual guarantees, workplace tort laws also protect employees against wrongs of another kind, such as fraudulent inducement and defamation.

The law protects employees who, under certain circumstances, “blow the whistle,” or report to the government or law enforcement agency, employers who are breaking the law. Such employees may not be fired, mistreated, or otherwise retaliated against for “whistle blowing,” as long as the employee has a reasonable basis for his or her belief that the activity was illegal, even if the employer did not actually violate the law.

When sexual harassment permeates the workplace to the extent that a reasonable person would not be expected to endure such treatment, the law provides a remedy.

If you believe your employer is not in compliance with federal or state law regarding your hourly or overtime compensation, you may file a complaint against your employer with the local branch of the federal Wage and Hour Division, or contact us to explore your legal options regarding filing a lawsuit.

If your employer has misled you with regard to your employment, such as making false representations as to future earnings or responsibilities, and you relied upon these promises, then you may have a claim of fraudulent inducement and may be entitled to compensation. Similarly, if an employer or co-worker makes or publishes false statements about a worker’s performance or record that injures that employee’s reputation, they may also be entitled to compensation.

Unfortunately, discrimination in the workplace is all too common, but what exactly is a “hostile work environment”? Generally, a hostile work environment is one in which an employee is subjected to egregious and negative treatment because of their age, race, gender, national origin, disability or sexual orientation.

Performance Improvement Plans (“PIP’s”) have been a growing problem for our clients. Human Resource employees and consultants are advising employers that PIP’s can be used whenever they want to get rid of an employee, regardless of the underlying reason. They are very frequently a tactic to achieve an end: getting someone to leave, resign, act out in anger, retire or otherwise depart, with as little compensation as possible, including severance, unemployment or notice-period expense. Thankfully, there are usually paper trails which can ferret out whether the motivation behind the PIP is legitimate or whether it is being used to improperly push someone out. We believe every PIP should be resisted in an effective manner.

Dispute resolution processes are exist to resolve disputes when the time and cost required in Court would be prohibitive. Alternatives to Dispute Resolution (ADR) may be used to resolve many types of dispute, including employment disputes. ADR processes are often more flexible and less formal than litigation in court, providing parties with more control and greater participation over the outcome of the dispute. Usually, ADR tends to be less expensive and more efficient than the traditional legal processes.

An attorney can make a critical difference in the negotiation and drafting of the terms and language of the agreement. An attorney can review your employment contract and assure you that the language fully, accurately and clearly sets forth the essential terms of your arrangement with the employer.

Severance Agreements provide for benefits and often impose significant obligations that could and should be examined by an attorney who has experience with such agreements. We protect clients' interests by identifying and making changes to the employment severance agreements when possible. 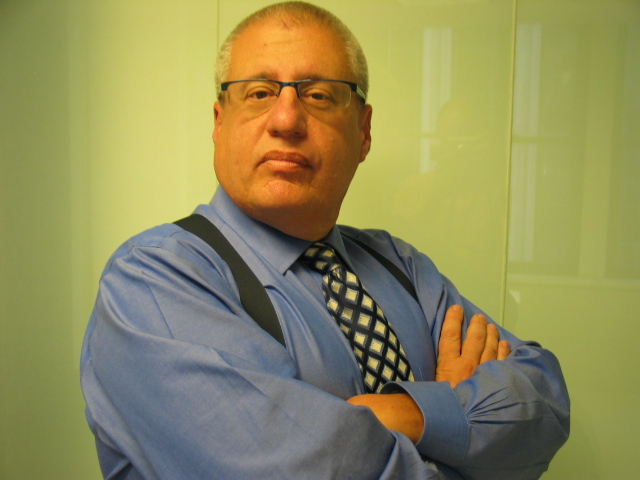 Since 1983, Daniel Felber has honed his skills as a zealous advocate for his clients in several areas of law, but always with an emphasis on litigation and trial practice. Beginning with his auspicious admission into the ‘Order of the Barristers’ in law school, and continuing through scores of trials in State and Federal court, Mr. Felber has proven his singular dedication to his clients and a proficiency in courtroom advocacy that has made the difference between success and defeat for numerous individuals and entities.

Among his notable achievements, Mr. Felber has handled several landmark cases which have had a sustaining influence on the law in New York, including: one of the first AIDS discrimination case in New York (later the subject of major motion picture); the trial of Islamic fundamentalists who conspired to bomb New York City landmarks; the trial that exposed wide-spread corruption in the New York City Department of Buildings; and the trial that set the legal standard for theft of trade secrets in the international travel industry.

Just recently, in June 2010, Mr. Felber served as lead trial attorney for a fashion designer and clothing manufacturer whose designs and garments were lost as a result of flooding. Mr. Felber successfully presented and argued the case before a jury in Manhattan and achieved a $1.7 million award on behalf of his client for lost designs and profits (a result which stands as one of the more significant awards in New York State for this type of claim).

In addition to his vibrant legal practice, Mr. Felber is an arbitrator and frequently teaches as an Adjunct Professor in the field of law and trial advocacy, having taught at the Benjamin N. Cardozo School of Law, Pace University School of Law, and John Jay College. He has lectured and appeared as a panelist at symposia around the country, as well as on Court TV, NY 1 and other local news networks.